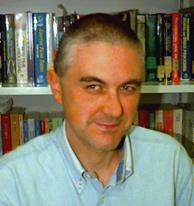 His current research interests are on image and video analysis for the geometric and radiometric modeling of 3D scenes; advanced algorithms for video coding and sound processing.

Stefano Tubaro authored over 150 scientific publications on international journals and congresses. He also co-authored two books on digital processing of video sequences. His main research contributions were, initially, on the use of differential motion-compensated schemes for frame interpolation (upsampling along time) of video sequences; and in the use of vector quantization in motion-compensated video coding schemes. He then used the acquired expertise on motion analysis between images to the case of 3D reconstruction from multiple views. In particular, he developed effective techniques for disparity map estimation and for the use image triplets to resolve ambiguities in depth estimation; methodologies for camera self-calibration and egomotion estimation; innovative methods for 3D surface reconstruction based on the fusion of depth maps or on levelset evolution. In the area of video coding, he participated and contributed to the activities of the ISO-IEC MPEG working group for the definition of the MPEG4-SVC (Scalable Video Coding) Standard; he then worked on the use of the distributed source coding approach for defining new video coding approaches where the computational complexity is moved from the coding side to the decoding side. This approach proved essential to the development of light video acquisition/delivery systems, such as video sensor networks.

In the past few years he has focused on the development of innovative techniques for image and video tampering detection and, in general, for the blind recovery of the processing history of multimedia objects.

As far as audio processing is concerned he worked on innovative methodologies for sound synthesis based on physical modeling. He also worked on solutions for music information retrieval, with particular emphasis on content-based musical genre classification. With similar approaches he also worked on sound classification for applications of safety and security. Another area of focus in the audio realm has been space-time audio processing for both sensing and rendering applications. He developed solutions for acoustic source localization and tracking, for advanced beamforming, and for the sound-based extraction of information on the environment (geometry and reflectivity of walls). As for acoustic modeling is concerned, he worked on innovative methods for fast modeling of acoustic propagation in complex environments, based on path tracing and beam tracing in the ray space. As far as audio rendering is concerned, he worked on Environment-Aware Geometric WaveField Synthesis based on arrays of speaker, developing solutions for geometric room compensation and virtual environment rendering.

In the following a partial list of the European projects to which ISPG has participated:

ALMA (ALgorithms for the Modelling of Acoustic interactions) – EC-funded research project of the V Framework Programme in the Future and Emerging Technologies action (Project Coordinator).

ORIGAMI (A new paradigm for high-quality mixing of real and virtual) – EC-funded STRP project of the V Framework Programme.

In particular, it is important to mention that Stefano Tubaro has been the role of Project Coordinator of the ICT-2000-28436 European Project "ORIGAMI: A new paradigm for high-quality mixing of real and virtual". He was in the management board of the Network of Excellence funded by the European Commission: ICT-NOE-VISNET-I/II (Networked audiovisual media technologies). From May 2011 he is the Coordinator of the research project ICT-FET-OPEN REWIND REVerse engineering of audio-VIsual coNtent Data (www.rewindproject.eu). This project is aimed at synergistically combining principles of signal processing, machine learning and information theory to answer relevant questions on the past history of such objects.

Stefano Tubaro has also been the scientific responsibly of several research and development contracts signed by ISPG with national and international companies.
Moreover Stefano Tubaro is (and has been) involved in many evaluation and concertation activities for European Projects. He has also be part of the IEEE Multimedia Signal Processing Technical Committee (2005-2009), and from January 2012 he has been elected as member of the IEEE SPS Image Video and Multidimensional Signal Processing Technical Committee. Stefano Tubaro has been guest editor of several special issues published by EURASIP journals; he also has been among the organizers of a number of international conferences: IEEE-MMSP-2004/2013, IEEE-ICIP-2005, IEEE-AVSS-2005/2009, IEEE-ICDSC-2009 to mention a few.

From May 2012 he is an Associate Editor of the IEEE Transactions on Image Processing.